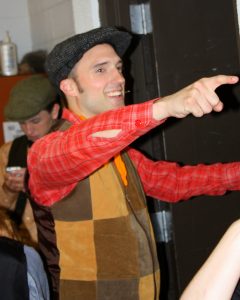 Christian first set foot on stage at the age of four in Betty Damiano’s School of Dance in Kellogg, Idaho. When he was five, his family moved to the Seattle area where he grew up playing piano and oboe, singing in and arranging for jazz choirs and playing club soccer. After playing understudy Rolf in a youth summerstock production of The Sound of Music, Christian was fully bit by the theater bug. From then on, he pursued theatrical opportunities whenever he could. He eventually attended The Theatre School at DePaul University in Chicago, Illinois before transferring to Wright State University in Dayton, Ohio to earn his BFA in Acting-Musical Theatre.

Returning to the Puget Sound area after college, he quickly became part of the Seattle theatre scene, starring as Vinnie LoBianco in Once Upon a Time in New Jersey and John Brooke in Little Women at The Village Theatre. He has been seen in many 5th Avenue Theatre productions including Patti Colombo’s Seven Brides for Seven Brothers and Mark Hoebee’s Damn Yankees. He also played Charlie Chaplin in the pre-Broadway tryout of Kathie Lee Gifford’s musical Scandalous, starring Carolee Carmello. Eventually he began spending summers near his hometown working as an actor, director, choreographer, music director and writer at Coeur d’Alene Summer Theatre. 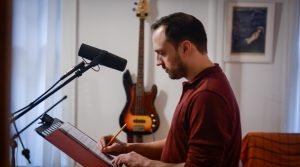 During that time Christian was also developing his own new musicals and plays and is now an internationally recognized playwright and composer. In 2017 his musical, My 80-Year-Old Boyfriend, written with composer/lyricist Ed Bell, and starring Charissa Bertels, received its world premiere at Merrimack Repertory Theatre, and was produced in association with Peilin Chou and directed by Sean Daniels. Shortly thereafter, he was selected for the honor of serving as a Songwriting Artist in Residence with Oriental DreamWorks.  Most recently, he was named the recipient of the 2018 Kleban Award for most promising librettist. 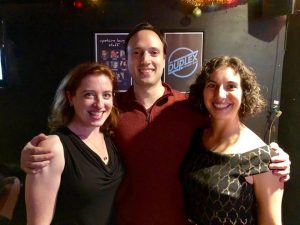 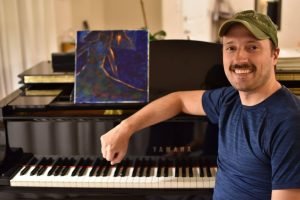 Christian currently resides in New York City where he is an active member of the Dramatists Guild of America, the Off-Broadway Alliance, Actors’ Equity Association, and the BMI Lehman Engel Musical Theatre Workshop.